Digital technologies are increasingly used to remember, research and teach about the Holocaust. In this online discussion, an international and interdisciplinary panel of academics working with and on digital media in different ways will introduce the significance of technology to their research and together will explore some of the key debates about using digital Holocaust memory.

Register for the event here:

Dr. Carmelle Stephens was awarded her PhD by the University of Sheffield in May 2019. Her main research interest concerns the evolution of the Holocaust as a collective memory, with an emphasis on unconventional forms of representation. After the completion of her thesis, her research interests focussed more specifically on how Holocaust memory is transforming under the influence of an increasingly dominant digital culture. Her current research examines irreverent representations of the Holocaust on the internet, postulating that some of these representations can be interpreted as productive forms of memory play.

Professor Caroline Sturdy Colls is a Professor of Conflict Archaeology and Genocide Investigation and Director of the Centre of Archaeology at Staffordshire University. Her research in digital Holocaust memory centres on the role of non-invasive survey techniques in the location, documentation and visualization of Holocaust landscapes. As a field archaeologist, she has completed the first archaeological surveys and 3D visualisations of the former extermination and labour camps in Treblinka (Poland), the sites pertaining to the slave labour programme in Alderney (the Channel Islands), the former Semlin Judenlager and Anhaltlager (Serbia) and many other camps and killing sites across Poland and Ukraine, leading to the creation of new research and learning tools. Caroline’s research also focuses on the ethical implications of the use of these technologies and the presentation of digital visualisations given the religious, social and political resonance of the Holocaust in contemporary society. 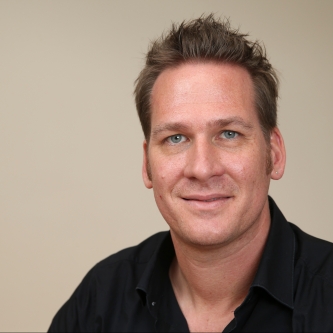 Dr. Tobias Ebbrecht-Hartmann is a lecturer for Visual Culture, Film and German Studies at the Hebrew University of Jerusalem. He received his PhD from the Freie University Berlin with a dissertation on cinematic narratives of the Holocaust. His research and teaching deals with media memory of the Holocaust, and the use and appropriation of archival footage and digital memory culture. He has published extensively on these and related topics in journals such as Memory Studies, New German Critique, the Leo Baeck Institute Yearbook, the Historical Journal of Film, Radio and Television and in the online journals Apparatus and Imaginations. He is consortium partner in the Horizon 2020 innovation and research action “Visual History of the Holocaust: Rethinking Curation in the Digital Age” and head of a research group on “Commemorating the Holocaust in the Digital Age: Immersion, Augmentation and Virtual Reality” at the Hebrew University of Jerusalem. Currently he is a non-resident Visiting Fellow at the Institute for Human Sciences in Vienna with a project on “The Digital Transformation of Holocaust Memory in Times of COVID-19: Prospects and Challenges for European Societies, Israel and the World”.

Dr. Tomasz Łysak is from the University of Warsaw. His work focuses on representations of the Holocaust in relation to trauma studies and psychoanalysis. He has held fellowships at the University of Washington, Seattle, the University of Edinburgh, and the University of Chicago. He was awarded a research grant from the National Science Centre: “From Newsreel to Post-Traumatic Film: Documentary and Artistic Films on the Holocaust” (2013-2015). He has edited Antologia studiów nad traumą (Trauma studies anthology 2015) and is the author of Od kroniki do filmu posttraumatycznego – filmy dokumentalne o Zagładzie (2016) which was awarded the prize of best debut book in cinema and media studies by the Polish Association for Studies of Film and the Media. Recently he has been working on Polish popular culture and the Holocaust.

Dr. Victoria Grace Walden is a senior lecturer in Media Studies at the University of Sussex. She received her PhD from Queen Mary, University of London with a thesis about haptic encounters with Holocaust cinema, exploring the productive tensions between analogue and digital materialities in screen media. These ideas were explored further in her book Cinematic Intermedialities and Contemporary Holocaust Memory (Palgrave). She has published about digital Holocaust memory and film in Memory Studies, Holocaust Studies, Short Film Studies, Animation Studies and Frames Cinema Journal. Her current work tries to imagine a digital future for Holocaust memory and foregrounds the specificities of digital media and technologies, moving away from terms like ‘interactivity’, ‘immersion’, and ‘virtual’ towards thinking about discreteness, microtemporalities and hyperconnectivity. She conceptualises memory ethics as responsibility or response-ability dispersed and entangled across users, producers, landscapes, objects, technologies, bits and code. She is also interested in how we can archive the experience of digital commemorations that happened during the Covid-19 Pandemic. She previously worked as digital coordinator for the International Holocaust Remembrance Alliance and as a freelance educator for the Holocaust Educational Trust. She manages http://www.digitalholocaustmemory.com 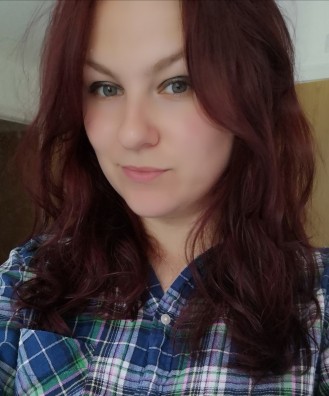 Imogen Dalziel is in the final stages of her PhD at Royal Holloway, University of London, investigating how the Auschwitz-Birkenau State Museum has adapted to the digital museum. Under normal circumstances, she is also part-time Administrator for the Holocaust Research Institute at Royal Holloway; a freelance Educator for the Holocaust Educational Trust; and a volunteer for the Auschwitz-Birkenau State Museum. Over the last academic year, Imogen has also co-taught undergraduate modules on the history of the Holocaust at The University of Birmingham.